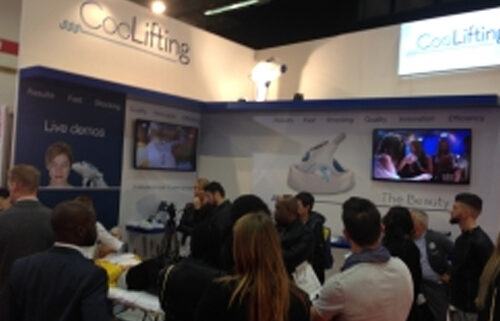 Coolifting meet expectations in the world’s leading cosmetics and beauty fair in Bologna.

After successes in the various national fairs held by Coolifting in different countries, arrived Cosmoprof Worldwide Bologna, held between 18 and 21 March. And the result exceeded the high expectations.

Hundreds of people wanted to know about the revolutionary concept Coolifting and dozens of demos were performed live. The visitors made themselves before and after images to check the spectacular results.

Moreover, trade relations were established with thirty distributors worldwide, which, added to distributors who already had, places Coolifting with representation in more than 40 countries in less than one year.